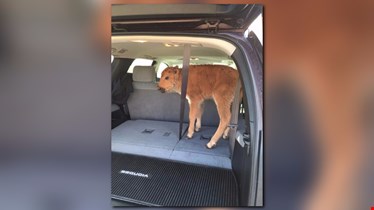 On a regualr basis, humans are overwhelmed by the need to interfere with mother nature. They come across a situation that, for whatever reason, doesn’t sit well with them, and regardless of applicable knowledge, appropriate experience, or a developed plan, they spring into blind action.

As Animal Control Officers, we are regularly inundated with calls about orphaned bunnies, injured baby birds, and abandoned juveniles of all species. For many, the need to interfere is so strong that they will gather up the animal, create an enclosure for it, attempt to feed it, and sometimes even house it for an extended period of time before contacting anyone for assistance. Mind you most of this is accomplished with nothing more than the guidance of random search engine results, and although many websites will first advise you contact the proper authorities, put the baby back, or find a licensed rehabilitator,  that section is usually ignored by the reader until the animal starts to noticeably decline.

Most agencies are happy to explain why the bunnies need to be left alone, how the bird isn’t really injured, and how we know mom is coming back for those raccoons. There are telltale signs we observe, behaviors we have studied, and protocols we have developed to determine otherwise, and will gladly explain when intervention is appropriate and when its best to sit back and let nature take it’s course.  The most common assumption is that without human intervention the animals will perish. In certain situations, especially ones caused by previous human intervention (the cutting down of trees or the trap and removal of a nursing mother for instance), the direct result of human error is that the animal will die, which is where we come in. In other instances it may be better to let nature take its course. The food chain is structured in such a way as to provide life to some animals only through the death of others. It has been this way since the dawn of time.

I was called out once to a wild peafowl that had been injured by a coyote. The citizens had interfered with an act of nature, a wild animal hunting another wild animal for food; because they felt a fondness for the bird due to its plummage, they decided it should be exempt from playing its determined roll in the food chain. The bird was already injured beyond repair before they had managed to harrass the coyote enough to drop it and run. Much to their dismay,  it needed to be immediately euthanized.

As i stood with the residents, next to a large pond in a fancy subdivision surrounded by dense greenbelts and babbling creeks, they vocalized their great displeasure with coyotes being around in the first place, and how they are a danger to both the neighborhood cats that are allowed to roam and unattended small dogs left out in unfenced yards. I reminded them that in the past 30 minutes they had deliberatley chosen to deprive the coyote of it’s natural prey, thereby forcing it to desperately search elsewhere for food. The deceased bird in my truck, which would have fed the animal and perhaps his family for a week, now served no purpose and had died in vain. Only then did they realize that their decision to intervene was a poor one.